The Iron Swim team started successfully at the first short course stop of this year’s World Cup series. Katinka claimed 4 gold and 2 bronze medals, Dániel Dudás swam personal bests. All races have its own lessons, but this time, due to the World Cup in Budapest, these are even more important.

‘It was a great start in the 25m pool’ Árpád Petrov, head coach of Iron Swim started the evaluation. ‘It is sure that in short course the turns and the rhythm of the whole competition is different than in long course, but we have learnt the lesson, and in Budapest everything will be even better. Earlier the media wrote about the World Cup complaining that without strong field, it is not a serious competition. I guess, now they cannot complain about that, since only a few nations missed Eindhoven, and it was practically mini World Championships. Overall this stop gave us positive feedback, after two-months of hard training. Katinka won her main events confidently, and she was on the top level in other events, as well. It is a good sign, definitely, but as we have huge goals, we do not open the champagne yet.’ 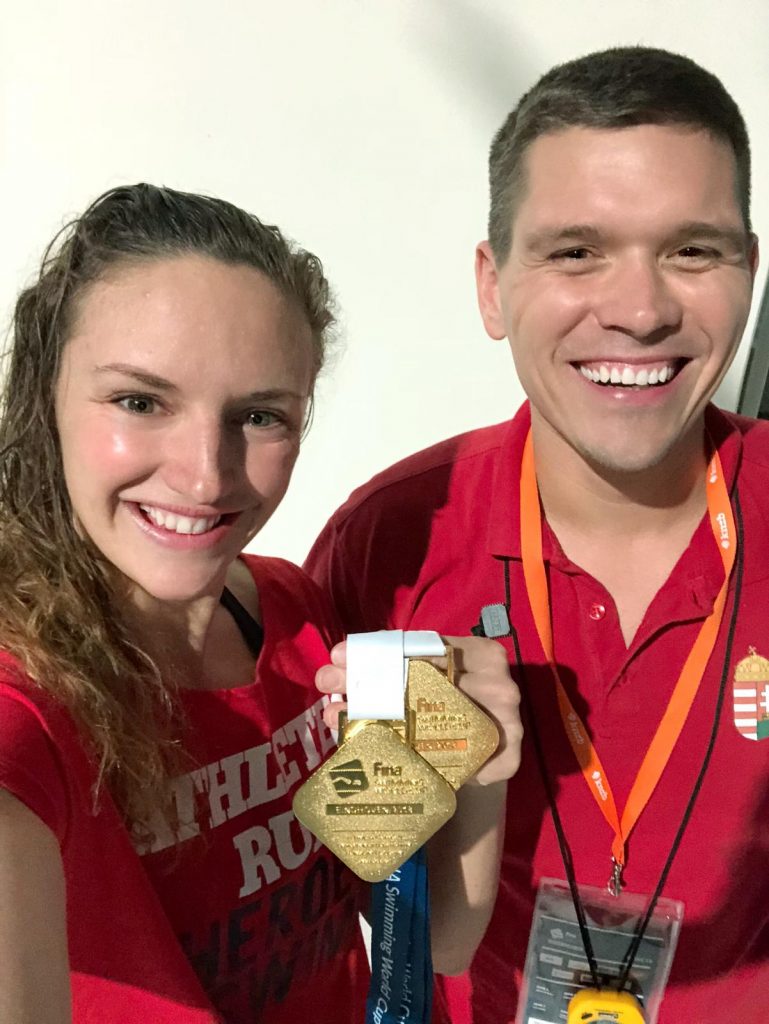 ‘I am satisfied with Dani, too’ continued the coach. ‘He did not show any fear from the big names, there were only a few Hungarian guys that could get into the finals and he was among them. Indeed, more than once and that is the big achievement. I am glad that he learnt how to bring his level on all three days, he always improved by the afternoon and swam personal bests. I consider his performance as a positive one.’ 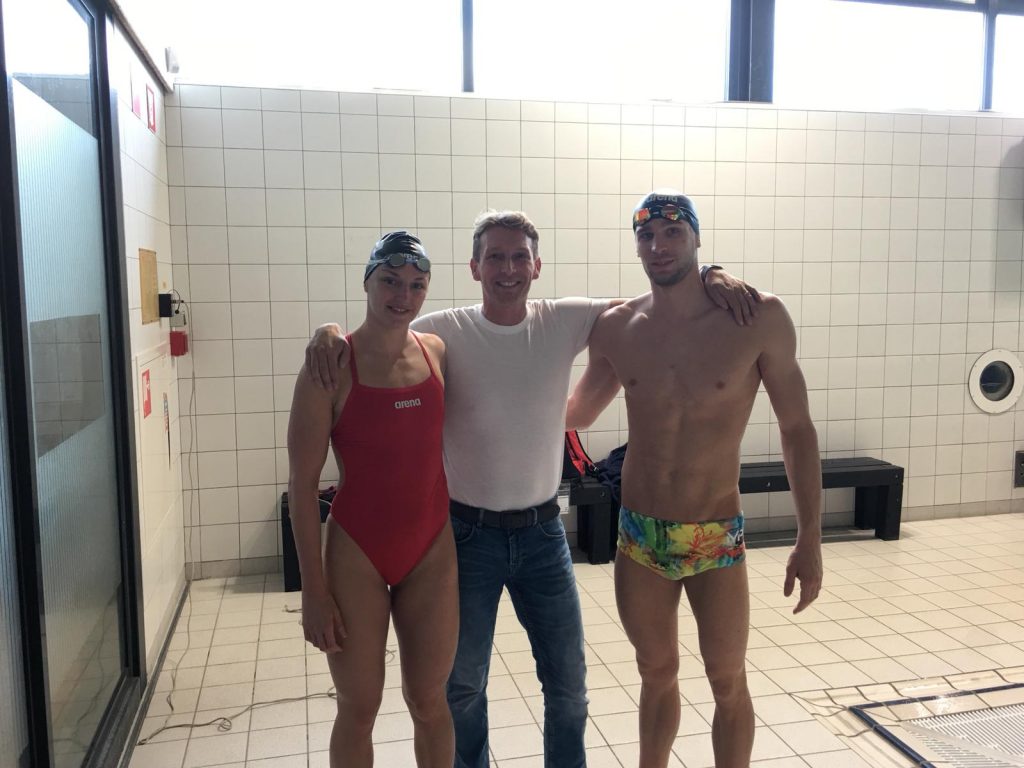 Iron Swim team closed the Eindhoven World Cup stop with a special training. Katinka Hosszú and Dániel Dudás could analyze their start and turn thanks to Innosport. Roald van der Vliet, head of the company earlier held some presentation about the science of swimming skills at FINA conferences. 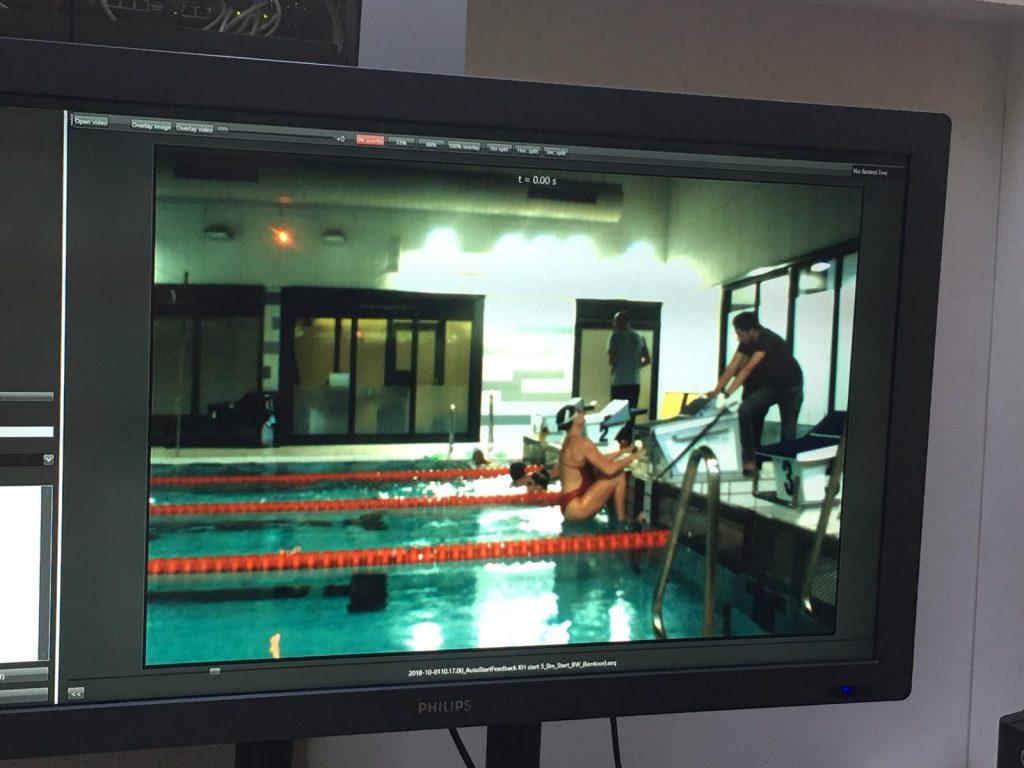 ‘After a half-an-hour start training we analyzed what we could see for another half an hour’ said Petrov. ‘I think it was very useful, because it showed what we could improve in. Katinka said that the video analyzing confirmed her previous feelings, and she would pay more attention to it in the future, and we could also realize some potential In Dani’s turns as well.’ 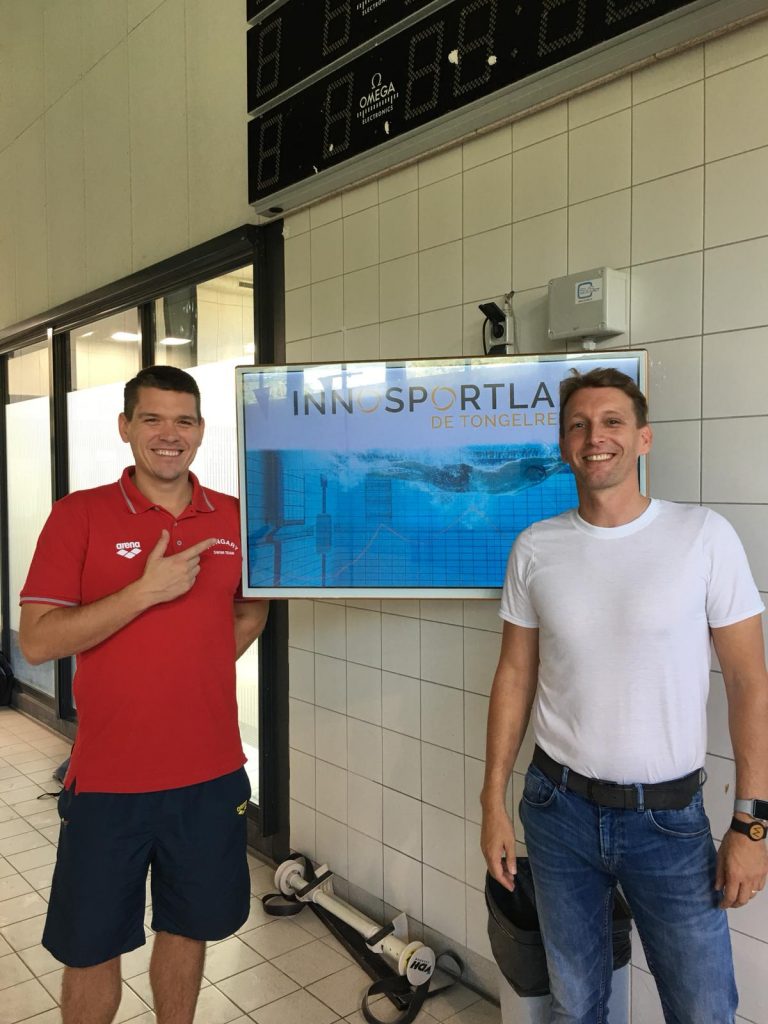 The Eindhoven weekend was different from another point of view, too. Many swimmers got on a bicycle and took the road to the swimming pool – adapting to the local style. ‘It was an 8-minute journey’ said Árpád.

‘It was a good warm down at the end of the day or warm up at the beginning of it. We could ride on a bicycle on roads of good quality without any traffic, while the birds were singing and we could let off steam. It was the real freedom. And this kind of flexibility came in handy, because we did not have to wait for the shuttle, the schedule was very strict, the organizers put the evening session very early and the competitors did not have much time to relax.’

After the Netherlands everybody looks ahead, since the World Cup continues in Budapest in Duna Arena on Thursday.

‘In Eindhoven the atmosphere was great, many people came to watch the competition’ said Árpád Petrov. ‘Between the morning and afternoon session the pool was full of kids, the final of a kids’ series was held there, the best Dutch coaches gave them instructions and the participants could have some taste of swimming in front of so many people in such a nice environment. I do hope that in Budapest there will be even more people, and the Hungarian fans create even greater atmosphere.’

It depends on us, too! Let’s go to Duna Arena on 4th-6th October!

Newer ‘Sensational, fantastic, awesome!’ – youngsters of Iron Swim in World Cup
Back to list
Older For whom swimming is the morning coffee – masters group in Iron Swim
close