‘Train with mind, race with heart’ – interview with Coach Lazar about the season

It’s been a lot better than the year before. The communication between the coaches was better than last year (in the old club) and it will be even better next year and the years to come. There is still a lot to learn and improve, but the groups were much better organized. With all the changes that happened in the club, I can say that this was the best end of the season yet. And I’m not just talking about the results, but the spirit, like team spirit, working spirit. It can even be better, and we will work on it. The kids improved a lot in the past year, I think this is the beginning, a kind of warm-up for the years to come.

My goal, in the previous season, was to take them, as many of them as I can, to the Nationals. This year I wanted at least one kid in the final. I think my goal is not a small one, but the right one in the environment we are in considering what other clubs do with the kids. In this age group where we are, I think my goal is on-point. They will become more and more demanding, and I will demand more from seasons to come. But now I think step by step is the right choice. Looking at the results this season, it started with Mária Durkó in 100 fly at ‘Serdülő’, then it continued at ‘Cápa’ Nationals with Hanna Balogh, 4 finals and 2 medals, a silver in 100 back and bronze 200 back, it was really nice to see. And finishing with ‘Gyermek’ Nationals, on Day 1 Ábel Szentmihályi almost qualified for the final, he was ninth, and Hanna Kóka was tenth in the 100 breaststroke. Kóka redeemed herself on Day 3, made it to the final as fourth and finished third in the 200 breaststroke. It was a really nice surprise. 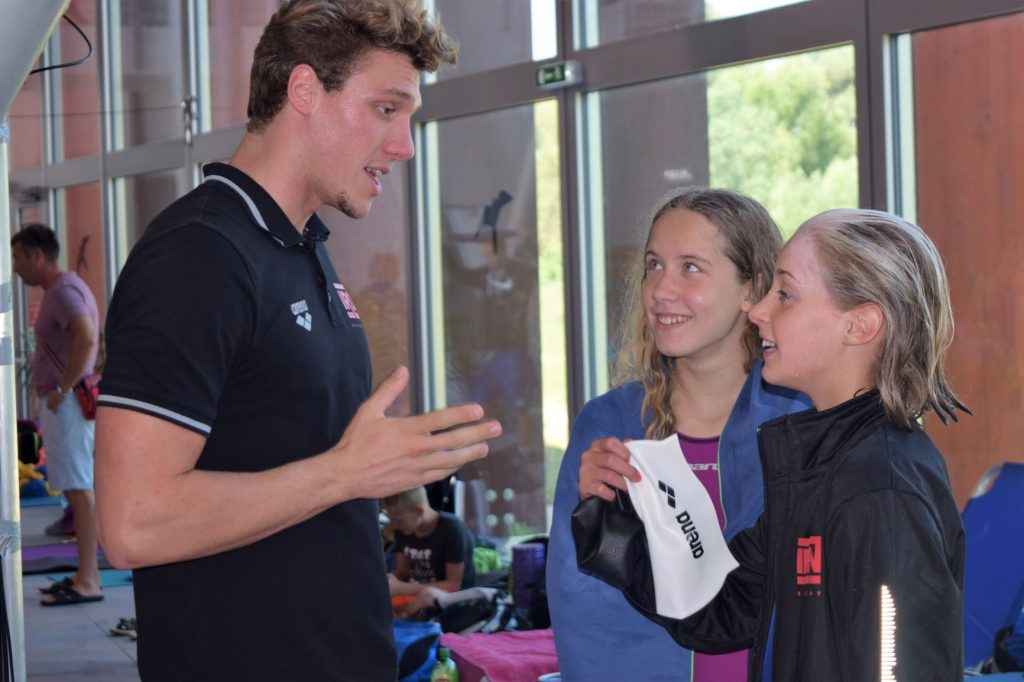 Yes, it is back from cheering, not just for Hanna, but for Richárd (Richárd Juhász-Dóra, who trains with the juniors and claimed 2 bronze medals) and all the relay teams, they were very good at ‘Gyermek’ Nationals, and overall all the kids performed very well. Of course, not all races were as good as they could be, but that is part of the process. I don’t think that it will ever be 100% of a competition, they will have some good races and races that they can learn from.

It is true that we are not that big in younger age groups, we don’t push them to be first, second, or to swim a lot to be good at this age. There’s a possibility that they would burn out if we did that. We would like them to enjoy swimming, fall in love with swimming, learn a lot and in the years to come to be better and better. We wanted them to be much better this year than they were last year and to get even better next year. They will only get better and higher on positions on the medal table from here. I think they have a bright future ahead of them here. 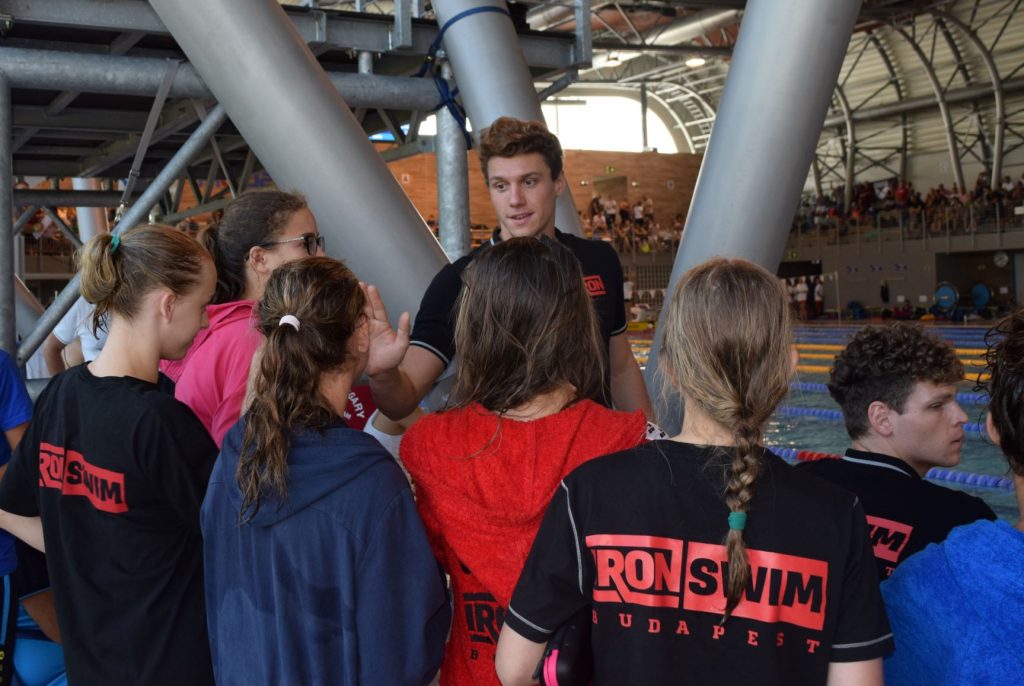 The biggest difference I noticed is that the kids got better mentally, they now understand what they need to do and how they need to do it. They are becoming more and more independent, they can do things on their own. One more difference is that they are much higher in the rankings than last year. And I think it is also great that they got to know each other much more this year.

Patience. That nothing happens overnight. That swimming is a marathon, there will be ups and downs. They learnt much about how to deal with both. I think they understand when they don’t have a good race, why it happens. I help them also telling them what they could do better next time, what they should learn from it. Majority of the kids understand what can be better and what they need to do for it. They see that our club’s motto, hard work always pays off, is absolutely true. What they do in sessions and the level they bring in the sessions, that’s how they are going to perform in the competitions. If they put in the work here, they will be able to put their heart in the water better. I like to tell them to train with mind, race with heart. During the sessions they should think, what they do, how they do it, what their goals are. When they come to race, they should just enjoy it and leave their heart in the water. 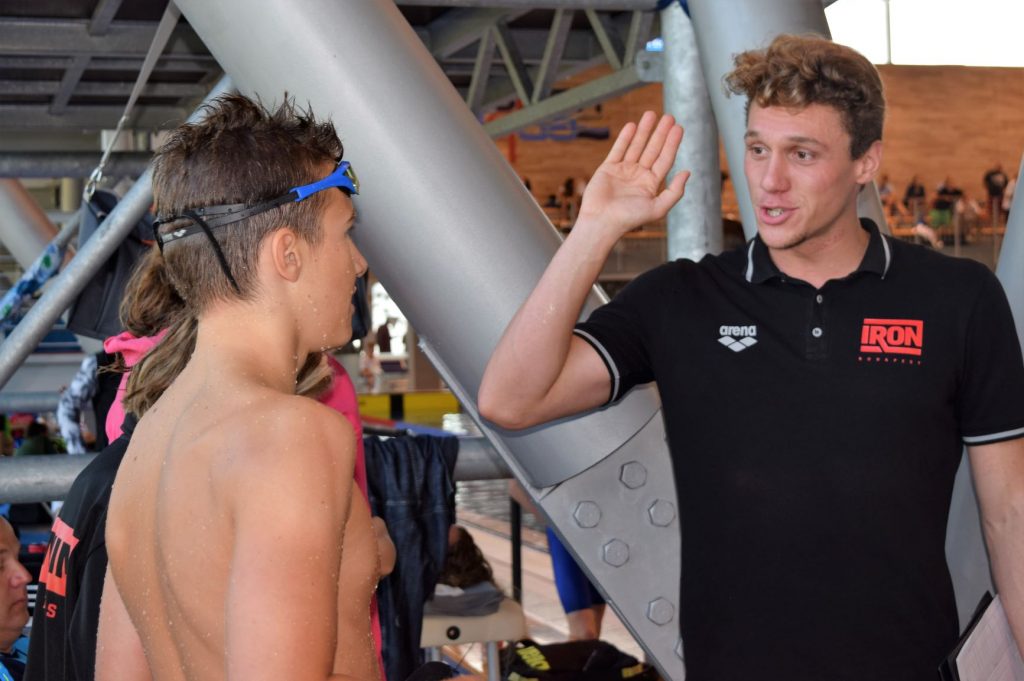 To enjoy the holiday, do as much as they can, spend much time out, go out with friends, visit places, keep their mind out of swimming, because it’s good mentally to rest. They should enjoy the days on holiday, and when the new season is approaching, start thinking about what their goals are. The goals should be measurable and realistic. And when the season comes, I want to hear what their plans are for the next season, so that we could work together to achieve them.

Newer Halfway to Tokyo – Árpád Petrov speaks about the first World Championships gold medals Katinka won under his guidance, but the Olympics always comes up as well somehow
Back to list
Older ‘You have to pay close attention to the kids on the beach’ – Xénia Fülöp, teacher of Iron Swim Budapest School about danger of the summer
close