‘It’s fantastic to practice with Katinka… very friendly and she is always smiling.’

Fortune favors the brave – as the proverb says. Jaouad Syoud was brave and he had luck. The 19-year old Algerian-born, but French resident young man has become the three-time Olympic champion Katinka’s new training partner, and the newest member of Iron Swim team. Joe, as Katinka calls him, started practicing in Iron two weeks ago. He got this opportunity in a very simple way: he asked whether he could come. And, He could.

‘I am a medley specialist, I know that the Hungarians and especially Katinka are very good at those events. I was already thinking of how great it would be to practice in her club’ Jaouad started the story. ‘Last December at the SC Worlds in China, I swam together with Dániel Dudás in the heats of 200 IM, and after the heat we started to talk. I asked him about their trainings and how could I join the club. He told me to speak with the coach. I went to Árpi, he was very cool to me and we agreed on to give it a try. And now I am here.’

‘He has settled down in the team fast and he stands the load very well’ Árpád Petrov, the head coach said about him. ‘His arrival was the missing piece to the puzzle. He is very positive, energetic person and excellent training partner. He has put a new color, something plus to the team.’ 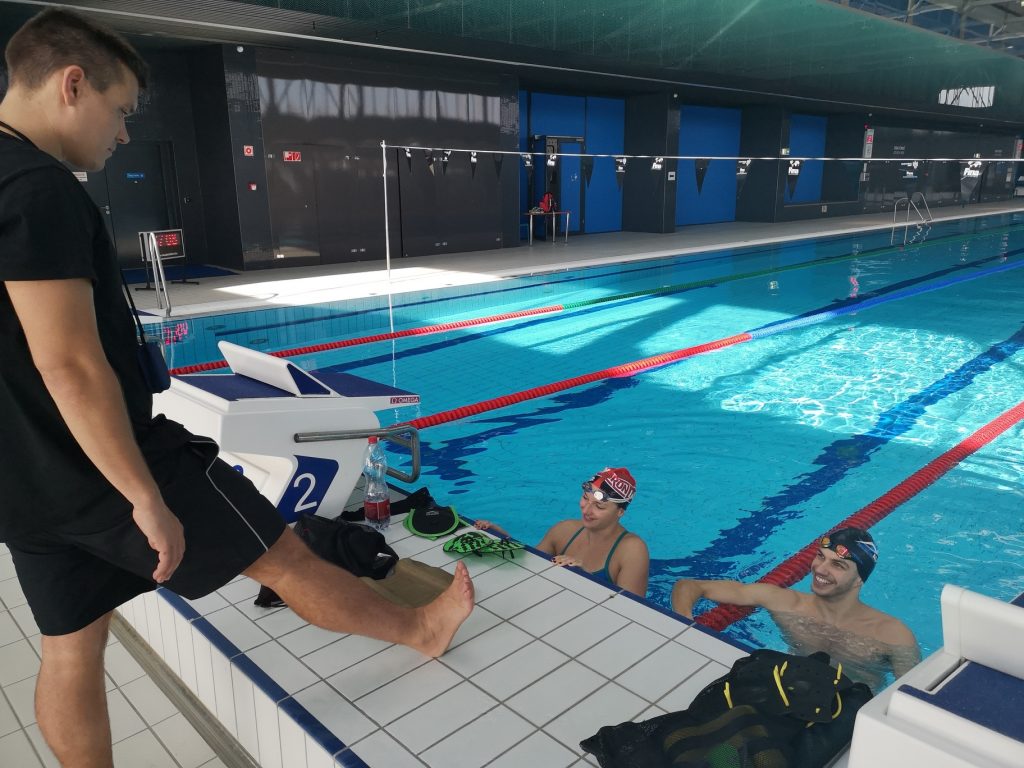 Certainly, now many people envy Jaouad, and he also feels that it is a great honor to become the training partner besides one of the best, or even the best swimmer of the world.

‘I plan to stay here for four years, or maybe more. I like the mentality of the team, it is fantastic to practice together with Katinka, she has incredible experience and besides, she is a very funny person. She is a true champion. The best of the world. Although she has many Olympic and World Championships medals, when she arrives to the gym or the pool, she is very friendly, and she is always smiling. When I talk to her, I am not thinking of, oh my God, she is an Olympic champion, but she is very humble and nice. Árpi is also a great coach with huge experience and he is a very cool guy. I feel well in the team, the guys and Katka accepted me. The swimming pool is beautiful, one of the most beautiful pool in the world. My family, my dad is also happy that I can get here, he likes the mentality of the Hungarians, he talked to Árpi as well and he thought he was very convincing. He also thinks it is a great honor that his son can practice with the best of the world. My brother also told me that he would come to Hungary and take a photo with Katinka.’ 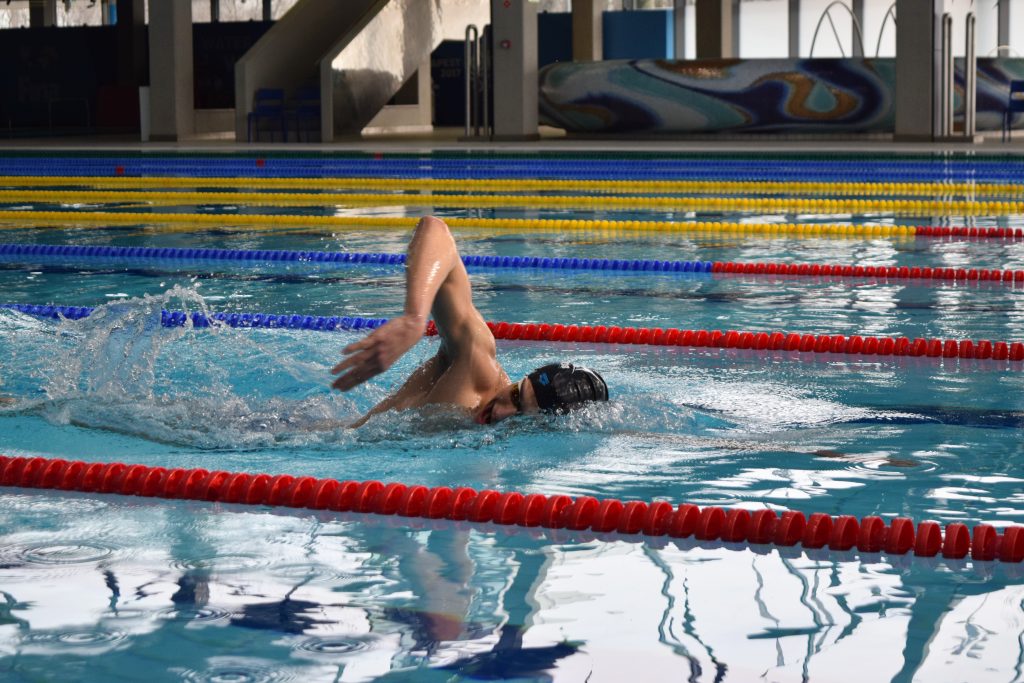 During the last two weeks his world turned up-side-down, he had lots of things to do such as renting a flat, he did not even have time for a sightseeing, because he is focused on practice. We were curious about how different everything here and what he learnt during this period.

‘In France we had only two dryland trainings per week, while here we always start practice in the gym and then we go to the pool. At the beginning it was very hard for me, but it is getting better and better. After practice I drink and eat a lot, but Katka helps me in that and she sends some proposals what to eat, for example protein that I did not take earlier. In the practice we swim around each other’s time, sometimes she wins, sometimes me, but it is good for both of us. I am primarily a medley swimmer, but I also like the 200 fly. In any of the practices, when we swam race pace, we competed in 200 fly. Katinka won, but only with a bit of time. When I train with Katinka, I am more motivated, because I can see how hard she works. My biggest goal this year is to qualify for the Worlds and next year surely for the Olympics. Katinka prepares for the same competitions, but while she thrives for first places and world records, for me the qualification would mean a great achievement at the moment.’

‘I am happy that he is here’ Katinka said. ‘He has a great sense of humor and he makes good atmosphere during the practice. And finally, someone whom I can fight against in the pool. I can hardly look at his lane, where he is. Great motivation.’ 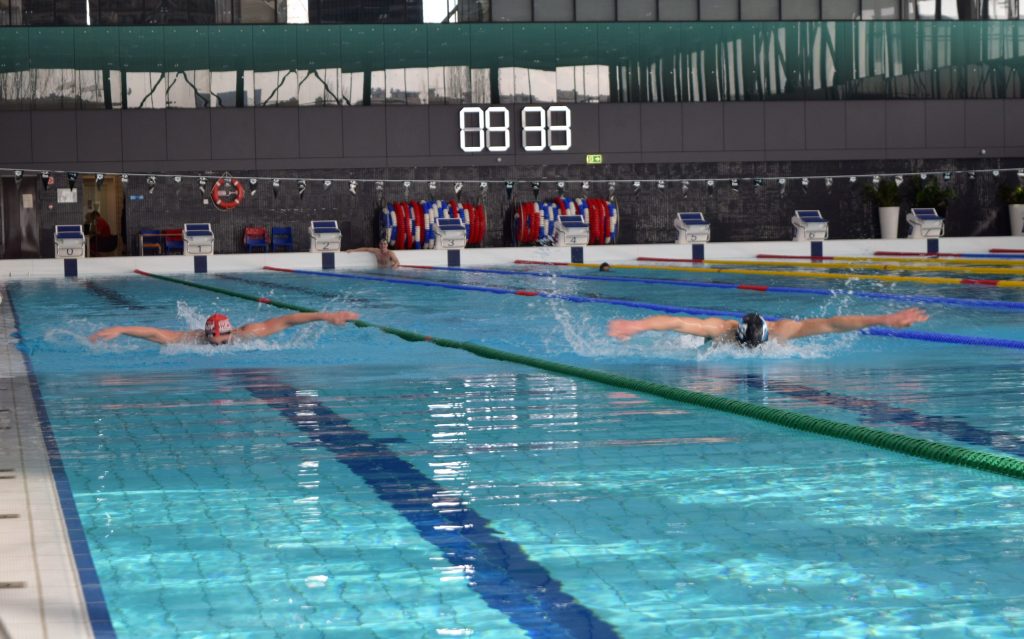 ‘I will not only swim in Budapest, but study as well’ Jaouad continued. ‘Árpi has also suggested me to do it. At the moment I will continue my studies in the French university via Skype, and from next year I will try to look for some schools here. I study English and Spanish, and later I would like to start some business studies. If we are speaking about the languages, there is something I can teach to Katka. She studied French at the university in the US, and now she is trying to refresh her knowledge. We sometimes change some words in French during practice, but of course we mostly speak in English. I know that I need to improve my English.’

Finally, we wanted to know what the biggest surprise was for him during this short period of time he spent in Iron Swim.

‘I have got many positive experiences in two weeks and nothing negative at all. Was there any surprise? I do not really know. Perhaps when Daniel gave me the key of Katinka’s changing room and told me to get dressed and we would see each other at the pool. This kind of trust was a bit strange for me, but also a big pleasure, too.’ 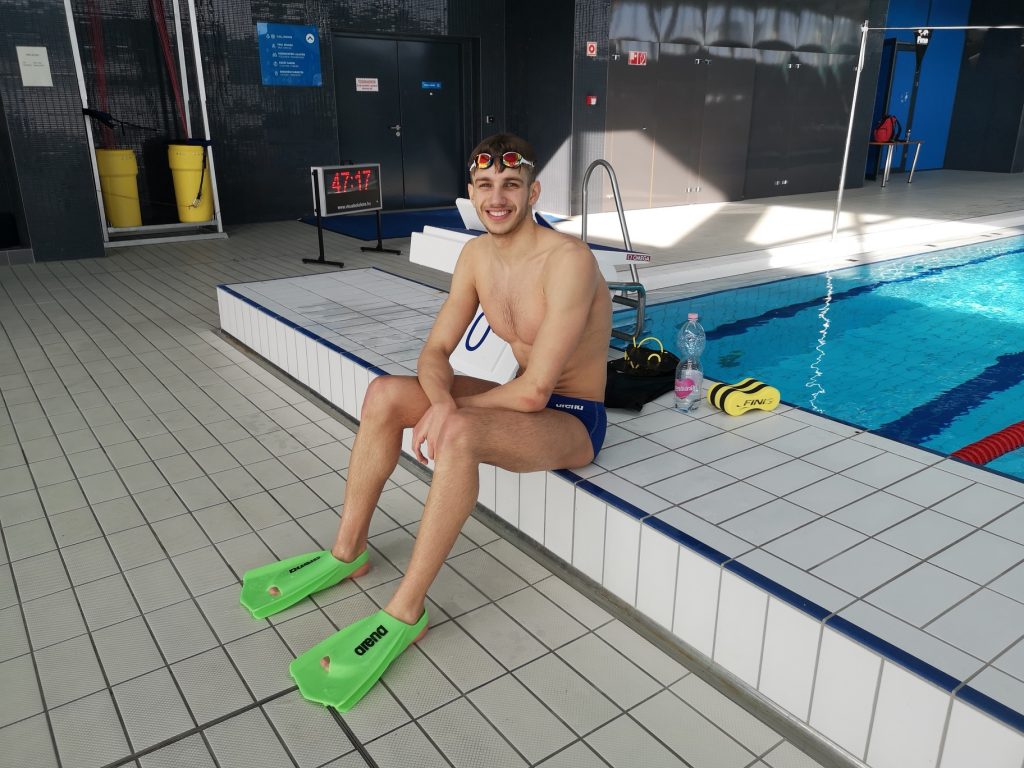 Newer Zsombor Bujdosó: ‘I realized that I had to take swimming more seriously’
Back to list
Older Hosszú Katinka is the ambassador of the new POKET book
close