‘But what does Mare Nostrum mean?’ – Árpád Petrov evaluates the three-stop series

She swam a meet record, World leading time and a surprising PB, claimed 10 gold medals, we can say that Katinka swept through Mare Nostrum series in great form. Though these three meets were focused more on gaining experiences and experimenting, because the World Championships start in a little more than a month.

‘Since there were no 400 IMs at the legs of the Champions Swim Series, I am happy that she finally swam three of them within a short period of time’ Árpád Petrov, Katinka’s coach started the evaluation. ‘And it is even a greater pleasure that she could bring 4:32 – 4:33 times confidently. Noone came even close to her, which was good and bad at the same time. She could try out what we wanted, what we planned, but a kind of pressure was missing, such as it was felt in Marseille for example.’

Katinka claimed both IM events confidently in Monaco, Canet and Barcelona, and further successes in back, free and fly were added to it.

‘200 IM will be the Alfa and Omega of our World Championships program, all other events are so-called ‘nice to have’s, that is why I am glad that she could stabilize this event in all three stops of Mare Nostrum. Her PB in 100 fly in Barcelona was a nice surprise, because we did not really prepare for it, we only practiced the technical elements for 200 IM with this event.’

Katinka’s motto is either to win or to learn. Now she could win and learn, too.

‘If we were speaking about positive impacts’ Árpi continued the evaluation, ‘I must highlight how well Katinka could cope with all kinds of difficulties, such as rain, cold weather, flight delay to Canet, and she did it with a smile and in disciplined manner. As of the experiences we recorded some important points on each stroke, and we will work on them in the next three weeks. But let me keep these things for ourselves, these are our secrets. I can only say that we have arrived into the finish of a great preparation period.’

There is only one more important lesson on Mare Nostrum for the end.

‘The big question of the series was what exactly Mare Nostrum means. We had a lot of fun about it, I asked everybody at the dining table, we made bets and tips on it. And when we got the exact meaning, we continuously said it to each other, if it was a kind of slogan, that it is ours, our sea.’ 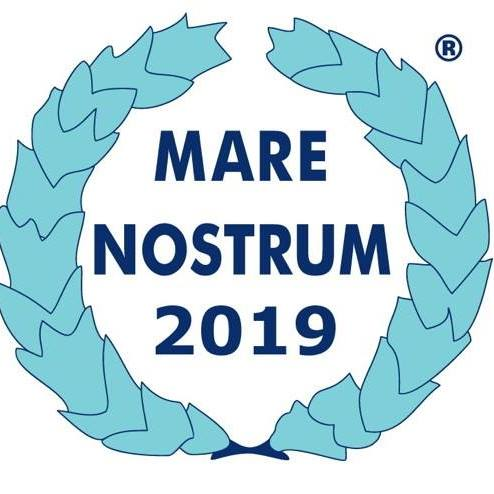 Newer First week of Iron Swim School Budapest Summer Camp is over – what a week it was!
Back to list
Older Successful competition and exciting adventures – Switzerland in the eyes of Iron
close