Katinka Hosszú: ’I am as tough as I was before.’

This year’s World Cup series closed in Singapore: 7 stops, 21 race days – Katinka claimed 31 gold, 5 silver and 12 bronze medals, she finished second in the overall points. These are the facts, but if you followed the news of our website carefully, you should know that we always try to bring you behind the scenes as well. As we do it now, so here are some moments from Singapore, and World Cup evaluation from Katinka Hosszú and Árpád Petrov.

Katinka Hosszú: The Asian tour was very long and as there was much time between the stops, we could go for looking around the cities. Well, I showed the best places to Árpi, since I had been there earlier, though he might think differently. I had told him before the journey that Tokyo was fantastic, and he was also amazed by it. If everything goes well, we will go back there.

Árpád Petrov: Singapore has an extremely developing downtown with such unique buildings that cannot be forgotten, if you have seen them once. Sight of Marina Bay Sands can be familiar to most people, since it is there on all Instagram posts, the three towers connected by a ship form with a 147-m swimming pool on top of it, more than 50 restaurants and a crazy lot of hotel rooms. It was designed on purpose of a touristic spectacle. It was shocking that when we entered the elevator and pushed the button of a restaurant, then within a fragment of a second we arrived to the 50th floor. As if I was in a science fiction movie in my childhood. In Singapore thousands of nations live together, but everyone speaks English, and people are very friendly. However, it was strange for me that I met only a few volunteers at the race, the employees of the local swimming association did the tasks that normally volunteers do. I met some old acquaintances, too, for example the head coach of the Singaporean national team, who I worked with in Switzerland. We talked a lot about swimming, their program based on the Australian system, what I consider a very compact one. 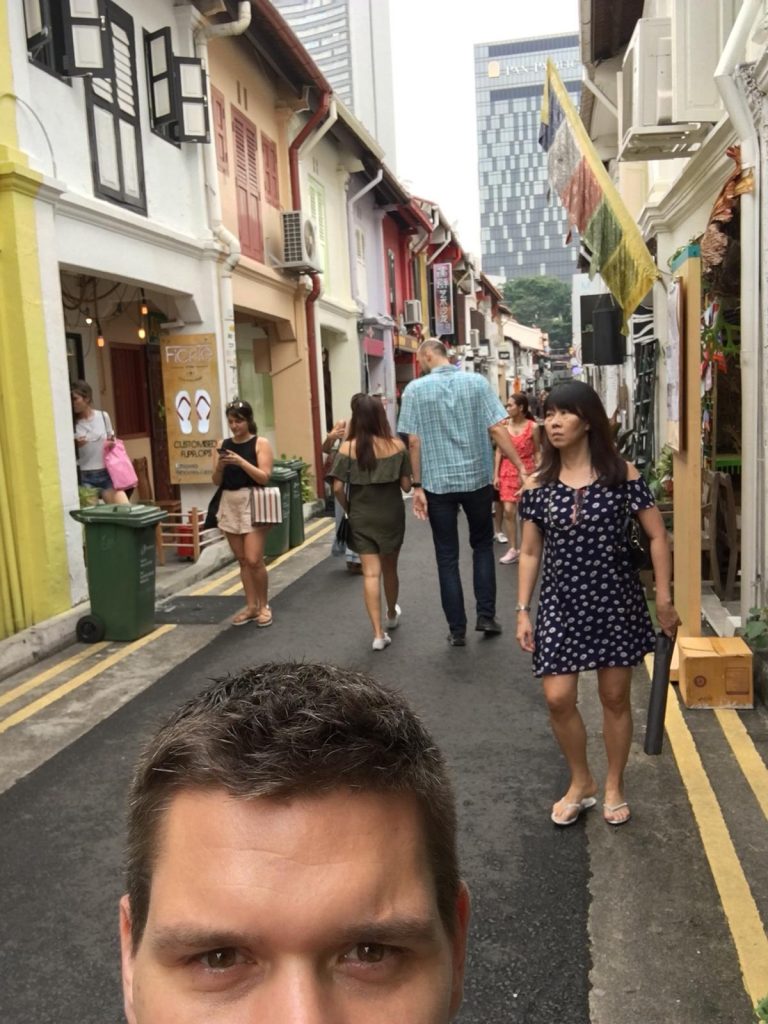 You tried local gastronomy at the previous stops, too, what experience did you gain now regarding food and Singaporean kitchen?

Árpi: Singaporean food is similar to Indian style. Laksa soup is made of coconut with noodle and it is so delicious that I ate two every day. Katinka also liked it. Streetfood is extremely great, fantastic food is given in a simple chop house, it is worth to visit Little India. By the way, Singapore is among the top 3 in the list of cities that could get out of the economic crisis earliest. It can be felt that salaries are good and the place itself is not hyper expensive. Though, we as continental European could think of strange that they inherited the so-called maid culture. Most of the middle-class families have maids, who live there and take care of the family. It is such an ordinary thing there, that for example taxies advertise maid insurance. 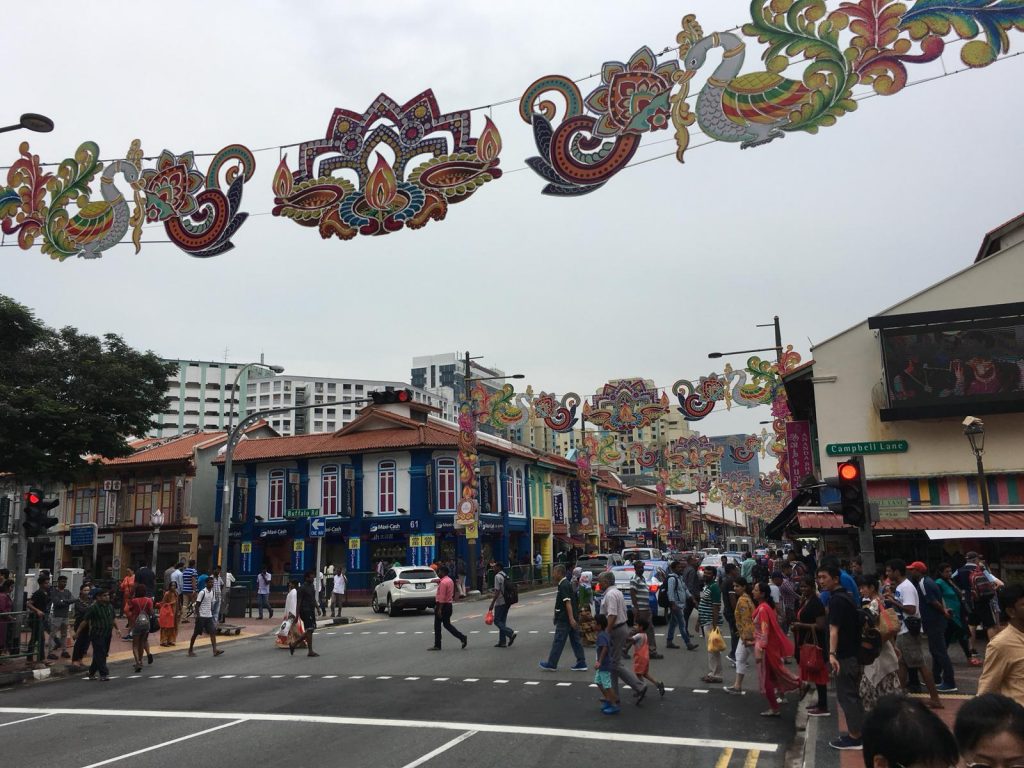 I must ask about that certain karaoke performance. The whole country or even the world was surprised…

Katinka: Only those who do not know me! In Asia karaoke is very popular and the shuttle bus, that took us from swimming pool to the hotel, was equipped by this device. We just wanted to cheer up Femke (Femke Heemskerk), who miscounted the turns in 400 freestyle and only finished fourth. I told her that she would see it as a joke soon, it happened to me either. Certainly, she did not think so then, because she needed the WC-points and she wanted to swim under 4 minutes that she had never done before. And based on the speed she had, she could have managed to do it. And we could manage to cheer her up that she also broke to sing. I could see that Hungarian media wrote ‘Katinka span out of control’, but I am like that. Only people normally can see my funny side, because it is not registered as it was now.

Let’s go to swimming. World Cup series were the first test for you working together. How did you live this period? Did you get what you expected or were you surprised sometimes?

Katinka: This World Cup series were much more difficult that it could be seen. One can start such a long journey, if they are fit and prepared. But for me this year was different, if we see the quantity of work I have done, my preparation was not perfectly put together like it was in the previous years. Though I was not worried, I tried to look at it open-minded. I did not compare myself to Katinka of the previous six years, probably to the one of the first World Cup year. Even though in the last cluster I could compare myself to Katinka of last year, too, and it was great success for me.

How could you get in shape again so quickly?

Katinka: That I worked extremely hard. I know exactly what to do for it, because I had already been at this level. There is no secret, nothing special, only hard work. It was very difficult, but I enjoyed it very much. Surely, it is a bit frustrating not to win overall even if I was so close to it at the end. But in some days, when I can think it over and it has already sunk, I will definitely be happy for the second place.

Árpi: This is a travelling circus, we could see lots of countries within a short period of time, we could see lots of cultures and spent out times mostly with the same people, so no surprise that we became a big family by the end, all swimmers, coaches and team members. As of Katinka’s performances, I can say that she continuously improved her times, except for Singapore, where all swimmers were already very tired. I am very glad that 200 fly goes so stable, reaction times are okay all the time and 400 IM, that requires the most workout, is also great. And we have time to fine-tune the other things. Honestly, at the beginning I did not expect her to swim so well, but after Budapest I could guess it. If anyone shows us these times in August, I think we would have signed them, but now, that someone held out the carrot with us and there was chance for the overall victory, we are a bit disappointed. Though we can learn a lot of things from it and we try to look at it like this. 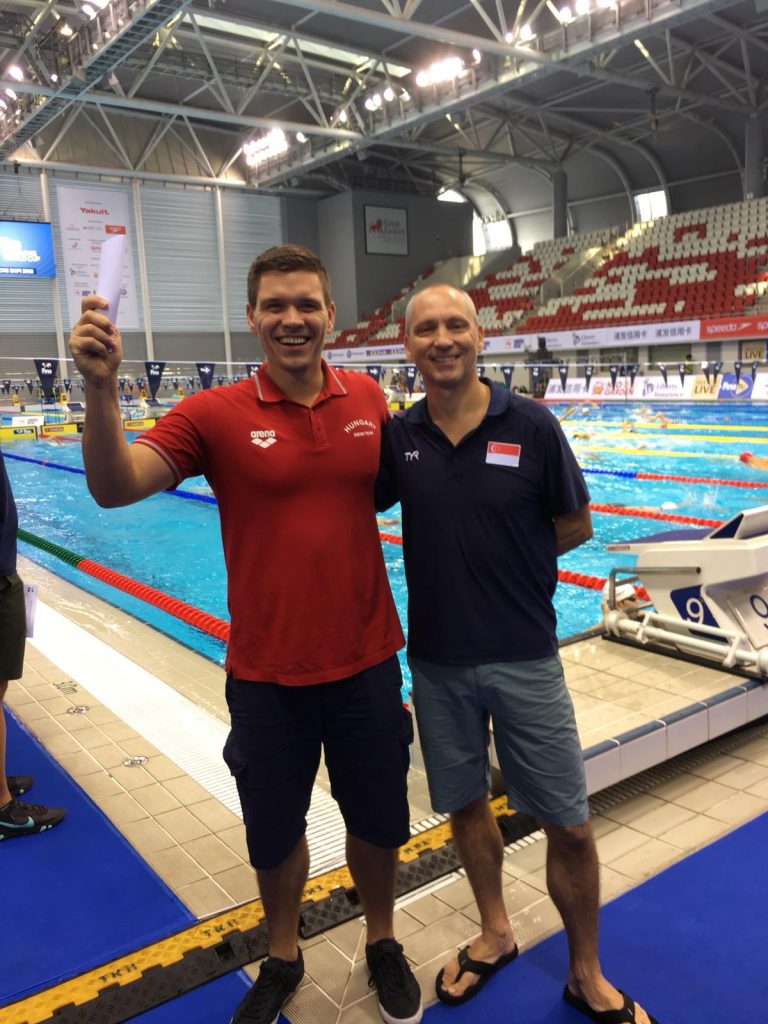 Such a long journey has a lot to learn from, what did you bring from this tour?

Katinka: That I am as tough as I was before. And I could prove those who doubted me. It was an answer for me that I am able to do what I want to do. And although the beginning is a bit uncomfortable, I must fight. Determination is very important, I must set goals I want to achieve, and if it is set out, only hard work is needed.

Árpi: I learnt that racing is good training. Maybe we should bring them closer to race speed and use the time between races more sophisticatedly. We try to involve all small details into preparation such as jet lag, the special rhythm of all stops, temperature, smog, noise, even relaxation, day off, whether it is worth or not.

As a coach what was the biggest happiness for you at the races?

Árpi: I liked the 400 IM in Tokyo very much, because Katinka, in spite of the mistakes, could beat the world leader Japanese swimmer. For her it was the top event of the year, she does not go to the short course worlds, and Katka could beat her coming from training, furthermore, her time was excellent.

During the long journeys, common work and competitions people can get to know many small details about the others, did Katinka surprised you?

Árpi: I did not think that she liked to discover the cities, get to know the environment, the culture of the countries she travels to. She behaved not only as swimmer, but as a tourist as well, certainly in a positive meaning. It was a pleasant surprise for me and I was glad that we could get insight the everyday life of these cities together.

Which was your favorite stop?

Árpi: Definitely Tokyo! I would like to go back there, to be sure.

How lucky that next Olympic Games are held there.