Vivien Bodó: ‘I have serious goals and I would like to push my limits!’

They are going to the Nationals in March – 4th part

She started to swim at the age of three, because she liked splashing, jumping and diving, everything that comes with water. ‘I tried many sports, basketball, volleyball, gymnastics, but swimming always remained with me. When I started primary school, my parents told me to choose two sports and I immediately said swimming. To be honest, I do not remember the other one, if it was at all. I got into a club in Debrecen, where the coach recommended me to try competing. I finished third and I got to like the whole competition, atmosphere, community that I stuck to it.’

Swimming is a single sport, for some it might seem a bit monotonous, but most swimmers, such as Vivi, like it that way, because during swimming she can focus on herself and get into her thoughts. ‘In competition season, like now, surely I am thinking of the Nationals and how to be better. I read the book by Éva Székely titled of Only the winners are allowed to cry that touched me a lot. If I could do what I had planned in a practice or a competition, if I could achieve my goal, I will be very proud of myself.’

She was selected into the Future Champion program, but she was forced to miss two years due to injury. She felt that she had to go on, if she wanted to make a step forward, so she decided to move to Budapest and to Iron Swim. ‘I have serious goals and I would like to push my limits. As a private student besides preparing for my exams, I study languages, English and German. I must get along by myself, my family stays in Debrecen. It is not easy, since I am not a housewife, so it takes longer to arrange everything at home, but I pick up things slowly. I miss my family a lot, but their trust also motivates me.’

Senior Nationals will take place in two weeks, we are wondering what goals she has for this competition and the whole season. ‘Although a bit uncertainly, but I announce that I would like to get into a final at the Nationals. And since this is my last season in youth category, I would definitely want to step on the podium in my age group nationals. As of the further future I don’t want to conceal that I want to be an Olympic champion in my favorite events, 200 and 400 free. The others will turn out by time.’ 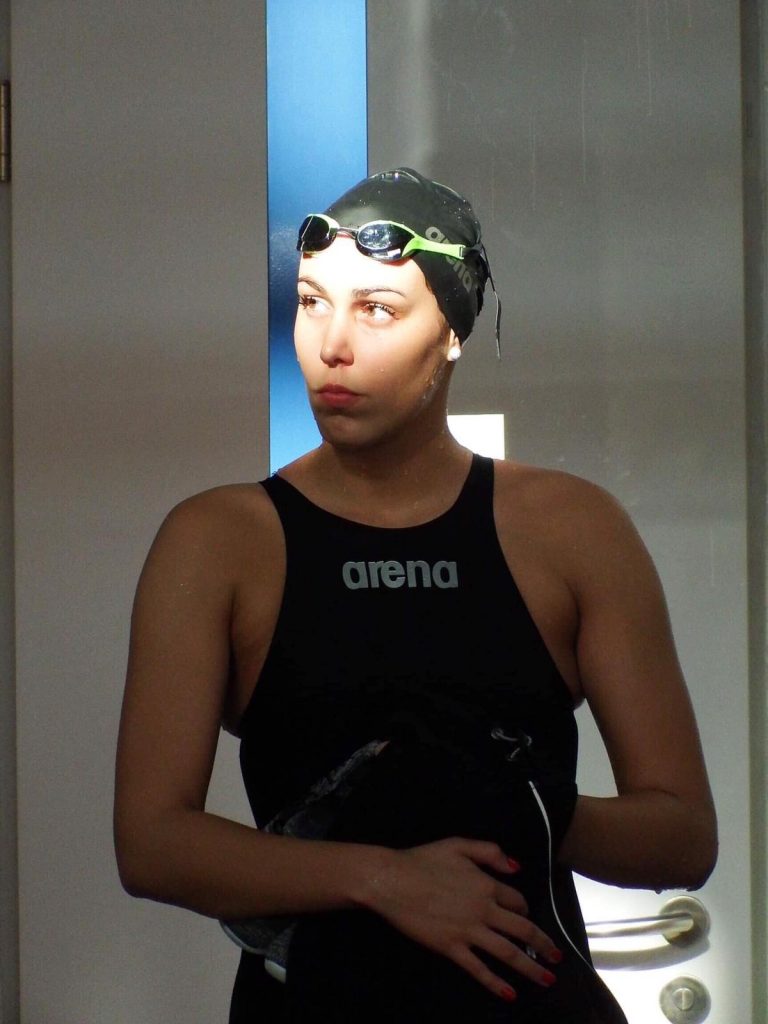 Newer Dávid Földházi: ‘I have only one goal, the Olympics’
Back to list
Older Márta Kropkó: ’Triathlonist among swimmers, swimmer among triathlonists!”
close